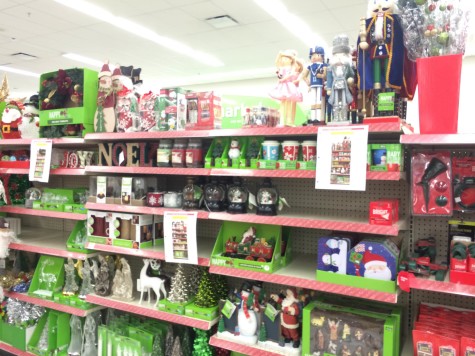 Although our most popular holidays find their roots in religion,  the virtues of modesty, humility, family, or even an appreciation of one another, we live in an age where these holidays have lost their once-special meaning and have become largely commercialized.

Halloween, Thanksgiving, Christmas, and New Year have become routine to us for they don’t seem to arouse the same amount of excitement that we felt when we were younger. We’re more excited for the breaks than the actual holidays, and to be frank, we seem to celebrate the commercialized version more than the traditional one.  It seems as if these holidays have just become a marketing ploy for Hallmark to sell cards.

Every holiday encourages something to be bought. This year alone, America’s apparently shelled out a whopping 6.9 billion dollars, (CNNMoney) for Halloween candy, (that’s a lot of tooth decay) and for Christmas, it is estimated that an average family will spend $704.18, (CNNMoney) excluding wrapping paper and decorations.

Some may say corporate greed is the blame, for they are the ones who benefit from all this. From Black Friday, commercials that star Santa Claus, and companies extending their store hours to meet the shoppers’ needs, They’re the ones who spread their company and increase their profits by 4.1%(CNNMoney) while us consumers exhaust our credit cards.

One thing to keep in mind is not everyone observes the commercialized versions of these holidays, and there are still people who believe in their original intentions. My point is, however, because companies are good at manipulating us into spending more money during the holidays, why do we fall for it every year? Can’t we just unwind on Black Friday mornings after having half the population of Egypt over for Thanksgiving? Or sit down and celebrate the spirit of Christmas? It’s been annoying hearing Santa’s sleigh since September.