“I Have Been On A Mountain Top”

A Tribute to Martin Luther King 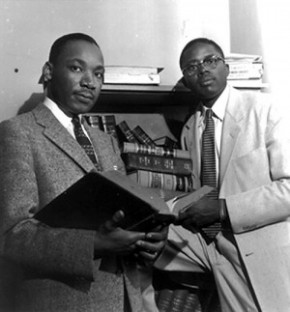 Permission to use by: Fred Gray

Three hundred and eighty four miles is the distance  from Atlanta, GA to Memphis, TN. These two places are where Dr. Martin Luther King Jr. was born and sadly assassinated. Yet, this mans influence was much lager than  three hundred and eighty four miles. In the greatest way to say it, he changed the world. He was most famous for the “I Have A Dream”speech, but he had other great speeches.

There was one in Memphis that changed the face of the Civil Rights Movement. It was best known for this statement,” I have been on a mountain top…and I have been shown the way and I am now able to change the the world!” He end his speech by saying, “… And so I’m happy, tonight. I’m not worried about anything. I’m not fearing any man. Mine eyes have seen the glory of the Lord!” Dr. Martin Luther King Jr. , “I Have been on a Mountain Top Speech” ( Archive Press Memphis, Tennessee  1968.)

Sadly, and ironically, was his last speech. These many years later the story was created into a play that was preformed by the actor Samuel L. Jackson.  Dr. King uses empowering oration techniques to encourage the audience to continue the fight for social justice regardless of obstacles that may arrive, such as his death.After his death his followers where able to fight and finally have equality for African Americans.