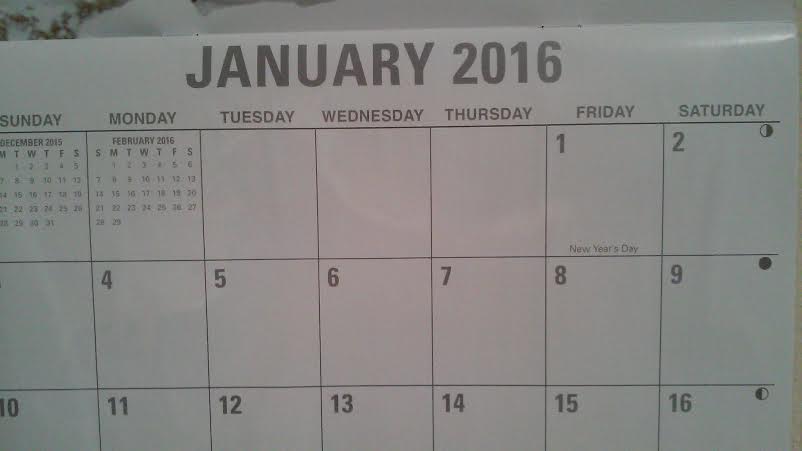 Here we go again. It’s 2016, Titans. A new beginning. Did you participate in the staple tradition of making New Year’s resolutions? Self-improvement, or at least the desire for it, is a shared American hobby.

Let me guess. You wanted to get in better shape. Find your true love, or at least a date for Friday night. Get better grades. Stop procrastinating. Be less stressed.

Or did you just not bother?

Each year, 45% of Americans make an attempt at becoming the best person they can possibly be.

Every year the same promises and resolutions are made.

Every year we say “this is THE year! I will drop those 10 pounds! I will wake up when the alarm rings!”

Impossible. That’s not a thing people do.

Kidding. According to Forbes, 8% of us are aliens dedicated.

So what happens to the 92% of us humans? We forget. We give up, especially when we mess up once or twice. We’re too lazy. We don’t have time for homework/ working out! Pretty Little Liars is on! We procrastinate on our resolution to stop procrastinating.

So why would anyone bother? What’s even the point of making resolutions, if you know ahead of time you won’t keep them? These year-long promises barely last a few weeks, make us feel guilty for another few days, then are mentally dumped into the abyss of resolutions neglected until 2017 when they see light for another few weeks, a vicious cycle.

But at what point did we get from being kind to others to finding a date? After all, Valentine’s Day is right around the corner.

Like most teens, my resolutions are to eat healthier, get better grades, get a boyfriend (kidding, mom) and overall be a kinder person. Will I do it? I don’t know. That Wendy’s hamburger at lunch went down kind of hard after getting an 81 on my English test.

But I’ll never know if I don’t try. And you should try too. If New Year’s resolutions seem pointless to you (understandably), just keep it simple and commit to making good choices and being a better person every day, not just on Jan. 1.

Don’t give up on that commitment. You can do it.