History made with UIL realignment 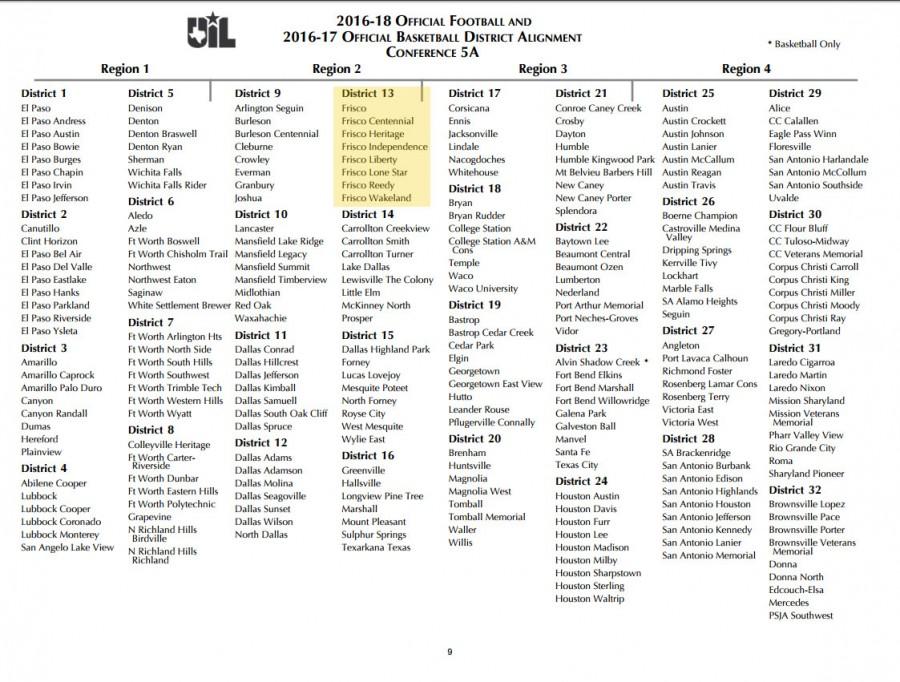 On February 1, the University Interscholastic League released the new realignments for the state of Texas. For the 2016-2018 school years, FISD varsity football and basketball teams will compete only against each other for district play. This is the first year in history that Frisco ISD will play all-district.

Reedy High School will join the varsity teams for the 2016-2017 school year, with Lebanon Trail and Memorial coming into varsity play after 2018.

“When Frisco gets 10 high schools, they’re going to have to make a decision on if they want to split the district in half and maybe send one west and one east,” boys varsity basketball coach, Michael Scarbrough said.

Coaches, players, and David Kuykendall, the FISD Athletic Director, like the new change because it gives Frisco a better chance on advancing further into playoffs.

“It increases our chances even further now that it’s all Frisco schools,” Kuykendall said.

The next UIL realignment will take place after the 2017-2018 school year, and will add Lebanon Trail and Memorial High to the list.