A holiday that doesn't grace our calendars. 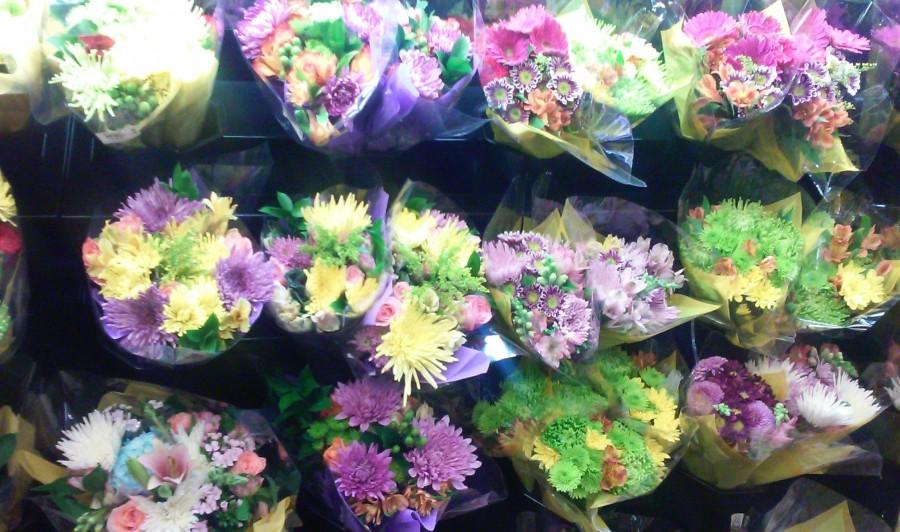 International Women’s Day has been celebrated around the world for over 40 years, although it has yet to receive significant attention here in the United States. The holiday was conceived to aid the international movement for women’s suffrage, and more generally to raise awareness of women’s struggles for equality. Today, International Women’s Day is celebrated in most developed countries, filled with special celebrations, activities for schoolchildren, flowers and tributes to women.

Even though it appears as just another day on our calendars, (and one in spring break for that matter), Tuesday, March 8 has been dedicated to our mothers, daughters, sisters, and women in our lives, and is a celebration of the social, economic, cultural and political achievements of women. This year’s campaign theme of #PledgeForParity is an important one, because while women have gone far from the days of their “cult of domesticity” -being nothing but a washing machine, dinner mastermind, vacuum guru and kids manufacturer, one must be aware progress has slowed in many places across the world, so urgent action is needed to close the gap between the two genders.

Since those early years, International Women’s Day has assumed a new global dimension for women in developed and developing countries alike. The growing international women’s movement, which has been strengthened by four global United Nations women’s conferences, has helped make the commemoration a rallying point to build support for women’s rights and participation in the political and economic arenas.

Increasingly, International Women’s Day is a time to reflect on progress made, to call for change and to celebrate acts of courage and determination by ordinary women who have played an extraordinary role in the history of their countries and communities.

European countries such as Finland (1906), Norway (1913), and Denmark and Iceland (1915) granted women the vote early in the 20th century. In the United States, on August 26, 1920, the 19th Amendment granted the ballot to American women. Other continental powers were quick to accord women the right to vote at the end of World War I. But in places such as Switzerland women didn’t get to vote until 1971, and women remained disenfranchised in Liechtenstein until 1984. In many Middle Eastern countries universal suffrage was acquired after World War II. In some countries, such as Saudi Arabia, there is no suffrage at all, and in others, such as Kuwait, it is very limited and excludes women completely.

According to unwomen.org, The World Economic Forum predicted in 2014 that it would take until 2095 to achieve global gender parity. Then one year later in 2015, they estimated that a slowdown in the already glacial pace of progress meant the gender gap wouldn’t close entirely until 2133. This is especially evident in the Middle East and other places around the world that have yet to embrace or accept the equality of women. For example, in Yemen, women can’t leave the house without their husbands’ permission. According to an article written in February of this year in theweek.co.uk, in Saudi Arabia, women can’t drive, go anywhere without a chaperone, drive a car, wear clothes or makeup that “show off their beauty,” interact with men and compete freely in sports. Other more unusual (and ridiculous) restrictions include entering a cemetery, reading an uncensored fashion magazine, and… buying a Barbie.

Compared to the Middle East, things are much improved here in the States, but it appears other countries have beat us to it. For example, the Unites States has never had a female president, yet there’s a list of countries in which gender is not a factor in holding the highest office in the country, the most prominent including Germany’s Chancellor, Angela Merkel, Argentina’s former President Cristina Fernández de Kirchner, and Brazil’s President, Dilma Rousseff.

In addition, women still don’t get paid as much as men. According to thinkprogress.org, despite women’s greater presence in law and medicine, wage gaps between men and women persist in both fields. In 2007, the median income of female lawyers was $90,000, compared with $122,000 for male lawyers (74 cents for every dollar a man earns), according to research by Harvard economists. The median income of female physicians was $112,128, compared with $186,916 for male physicians (60 cents for every dollar a man earns). Nationally, the average woman makes 77 cents to the average man’s dollar.Those differences are largely explained by individual choices, including women taking time off to raise children or opting for less-demanding career tracks or positions that pay less. But a small portion of the gap exists for unclear reasons, including discrimination.

Besides not getting paid enough, other statistics showing the still remaining inequalities against women are just as jarring. The United States Department of Justice reports that approximately one in four homeless women is on the streets because of violence committed against her. Over 1,000 public K-12 schools in the United States have single-sex education programs. Many rely on discredited science and gender stereotypes.In addition, women cannot be forcibly drafted for the United States military while men can, and are restricted in the combat they do.

For people with only minor differences in genetic makeup, how can any of this be considered normal? How can the Unites States be considered civilized?

For the last few years, Beata Pozniak, the founder of Women’s Day USA, has worked with the Mayor of Los Angeles, Governor of California, and California Congresswoman Maxine Waters for political recognition of this important day. In 1994, at Beata’s suggestion, Congresswoman Waters introduced and arranged for passage of the first bill in the history of the United States for national recognition of the holiday designating March 8, 1994 as “International Women’s Day.”

However, many are still in the dark about this important day of recognition, and there’s still a lot of work to do. This International Women’s Day, everyone – men and women – can pledge to take a concrete step to help achieve gender parity more quickly – whether to help women and girls achieve their ambitions, call for gender-balanced leadership, respect and value difference, develop more inclusive and flexible cultures or root out workplace bias. Each of us can be a leader within our own spheres of influence and commit to take pragmatic action to accelerate gender parity, and make the difference women around the world have been waiting for.