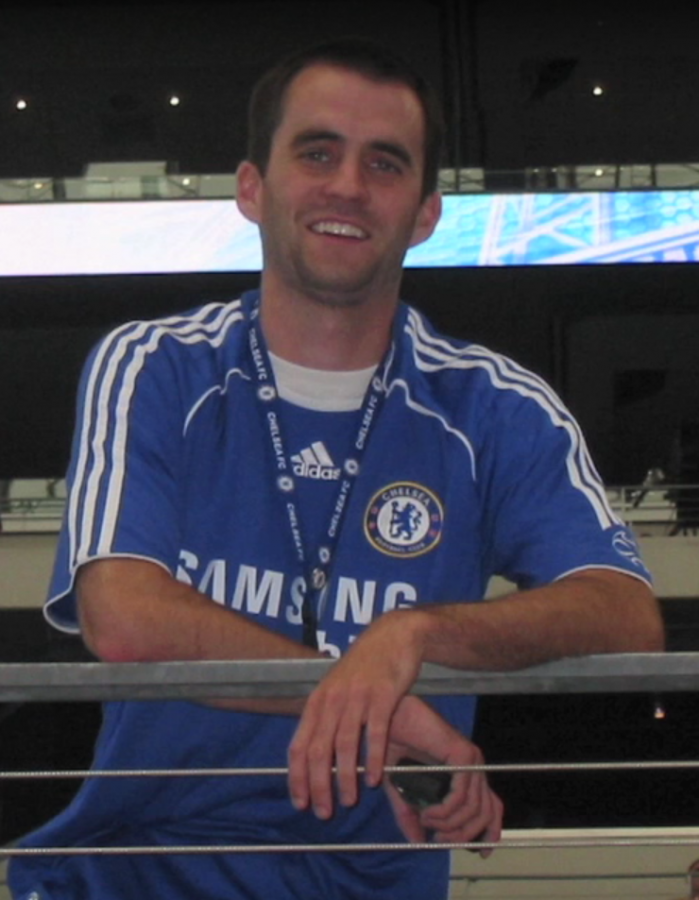 Back in 2006 Cody Chamberlain is a huge soccer fan, he’s played soccer for 24 years of his life and watched it for even longer. He tells a story about how he watched the Germany game and had gone to the movies with his friends the night before. He gets back to his house that night and set his alarm for 5:30 am Saturday morning because the England soccer game would be on at 6 am local time. When he set his alarm he wasn’t feeling very well stating that his stomach was hurting.

He drove to the hospital the next morning and found out that he was internally bleeding.

“Even in the lobby I was begging for them to put the soccer game on in the lobby while I’m setting there internally bleeding,” Chamberlain said.

He needed an emergency surgery involving his small intestine because it had twisted and burst. During the surgery doctors had to cut off six inches of his small intestine. The doctors said that this could’ve happened four or five days before presenting with pain.

Chamberlain said the doctors asked him if he was tired. and Chamberlain told them, “I’m all college student, I’m always tired.”

After the surgery the surgeon and Chamberlain were talking and Chamberlain said the doctors asked “You’re a college kid not a lot of college kids are up at 5:30. Why were you up?” Chamberlain responded with his love for the sport saying “England was playing you gotta watch England. John Terry, David Beckham and all these great players.”

The surgeon then told him, if he  had slept in he would have died.

“You know what’s cool about soccer, not only have I loved playing it for all these years of my life,” Chamberlain said, “but I can literally say that soccer saved my life because if I didn’t watch that that England game, there would be no Mr. Chamberlain.”