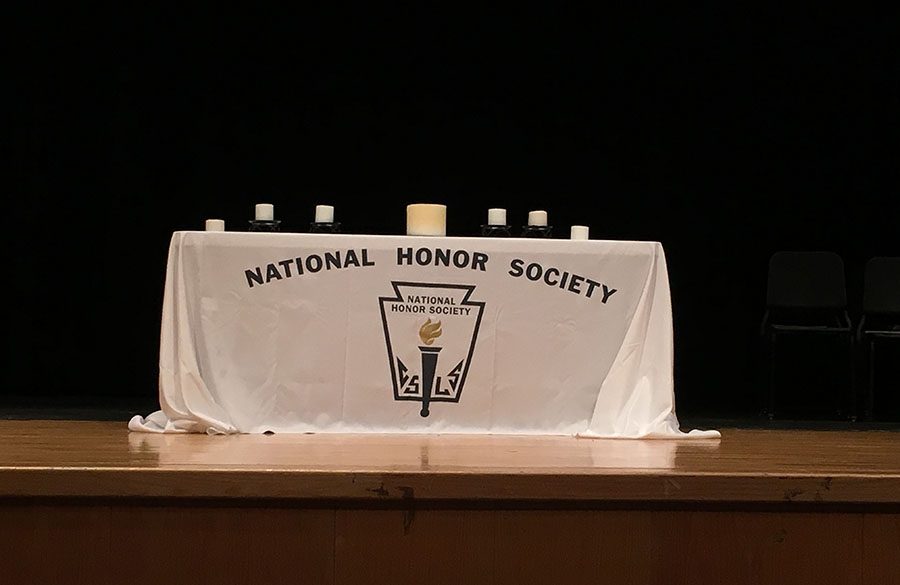 Dressed to the nines, last night 185 new members were inducted into National Honor Society. Aiesha McFadden, NHS sponsor,  gave the opening remarks and introduced the ceremony. Each senior officer read one of the six pillars that NHS represents.

Following the seniors, George Singler, NHS sponsor, led the NHS pledge. Inductees recited the pledge, responding “I do”, being named new members. As the junior officers read the names of the new members, students walked the length of the stage and shook principal Randy Spain’s hand.

After all of the names were read, everyone took a seat and Singler said a few parting words. Getting chocked up, he touched on Spain’s retirement and thanked him for all he has done for Centennial, as well as the legacy he will leave. In addition, Singler read a quote from Socrates, noting on the potential the new members hold and how they will represent Centennial well.

Congratulations to the new members and welcome to National Honor Society, you will pave the way for future students to follow.