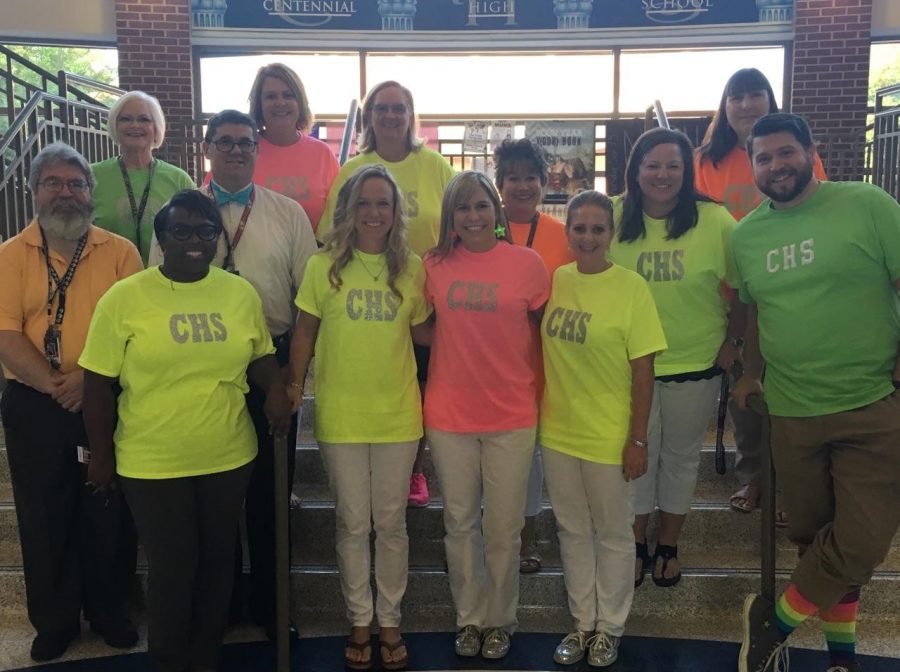 It’s that time of year again, Titans. Homecoming. The suspense is unbearable. Will my crush ask me to the dance? Is my mum gigantic enough so that it doesn’t break my neck but still makes a statement? Will my makeup, hair and dress be flawless? What if I trip and fall with my 9-inch heels and break said neck while I’m dancing with my crush? But wait―I still don’t know if he’s going to ask me!

It’s not a big deal―just the semiannual stressor for high school boys and girls, apart from prom. But prom is just that―a chance to hang out with friends and/or more-than-friends while we show off our dance moves, or lack thereof.

Homecoming, however, is so much more than a dance―it’s the perfect opportunity to show Centennial’s school spirit and cheer on our football team. But what is school spirit?

For many of us, it’s going to pep rallies, cheering for Centennial at games and rallying support around our amazing music or academic department as they compete.

“I think school spirit is supporting not only the events that you’re a part of but the events other people are a part of as well,” Singler said. “I think it also has a lot to do with just enjoying the atmosphere.”

As for Centennial’s school spirit, Singler says it is lacking, something that needs to change―and fast.

“We do all right at football games, but if you go to an orchestra concert, go to a band competition on a Saturday or go to a tennis match, there aren’t very many people there,” Singler said. “Go to homecoming, and if you’re not a freshman or a sophomore, you’re there for five minutes and you leave.”

Singler’s efforts to generate more school spirit and an interdisciplinary support system are expressed through Tuesday Night Titans, where all Centennial students are encouraged to come out and show their support at as many events as possible. He also hopes to rally the staff to come to events just as much as students do.

So this homecoming, remember the big picture―it’s not about the crush you only met last year asking you to the dance (hate to break it to you, but the chances are slim) but about finally doing something about the irony of going to one of the highest ranked high schools in the nation but taking no pride in it.

The power to change the culture of Centennial is in all of you, Titans. You are what makes this school great, and you are the only ones that can make it even better.

Let’s come together and show everyone that Centennial really is the best high school in the world.