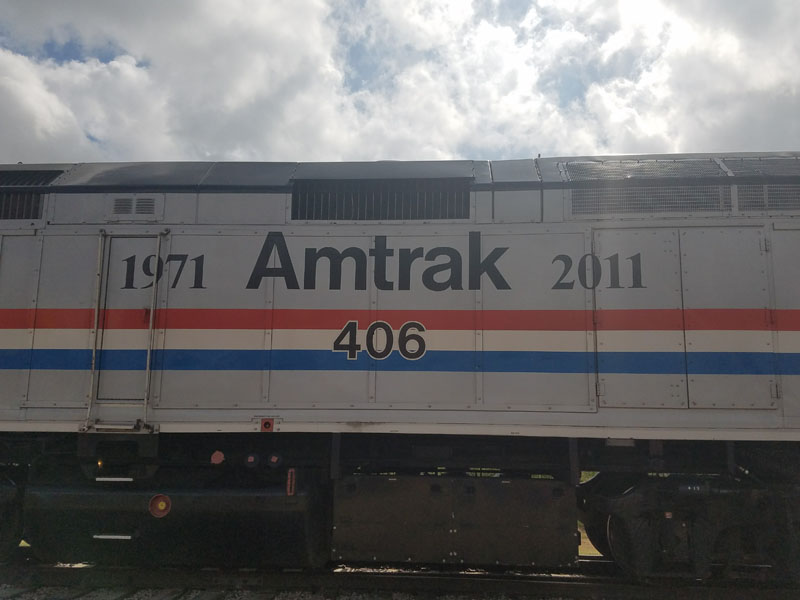 The Amtrak exhibit, a traveling display train rolled into Frisco Saturday, Sept. 24. From 10 a.m. to 2 p.m. guests of all ages enjoyed rich history, trivia, and interactive exhibits that brings out the inner “train-addict” in everyone.

Guest walked through five air-conditioned, connected train cars, each depicting parts of Amtrak’s detailed history, current success, and hopes for the future. Mannequins displaying past and present uniforms accompany original marking artwork and many slideshows and display cases that worked to draw in guest and give them a sense of what Amtrak, a company that has been operating trains for over 40 years, is all about.

Not only was there trivia and detailed explanations on electric trains mechanics that would entertain longtime train lovers, but children, of all ages, were able to entertain themselves with interactive displays such as a wall of train horns, which could be heard at the push of a button.

Amtrak had a number of volunteers working inside the train cars.Michael Sullivan, believes that its is important to shift people’s minds from historic to modern when it comes to trains.

“In a world where our phones are attached at the hip,” Sullivan says. “A train ride becomes part of the vacation. Time to wind down, relax, and disconnect.”

Outside the train, guest picked up free souvenirs, brochures, and resource to use when planning their next trip. Younger guests enjoyed coloring books and a Thomas the Tank play table.

The Amtrak exhibit will make its next stop in Galveston TX, Oct 1.