One Act Play Advances to Area 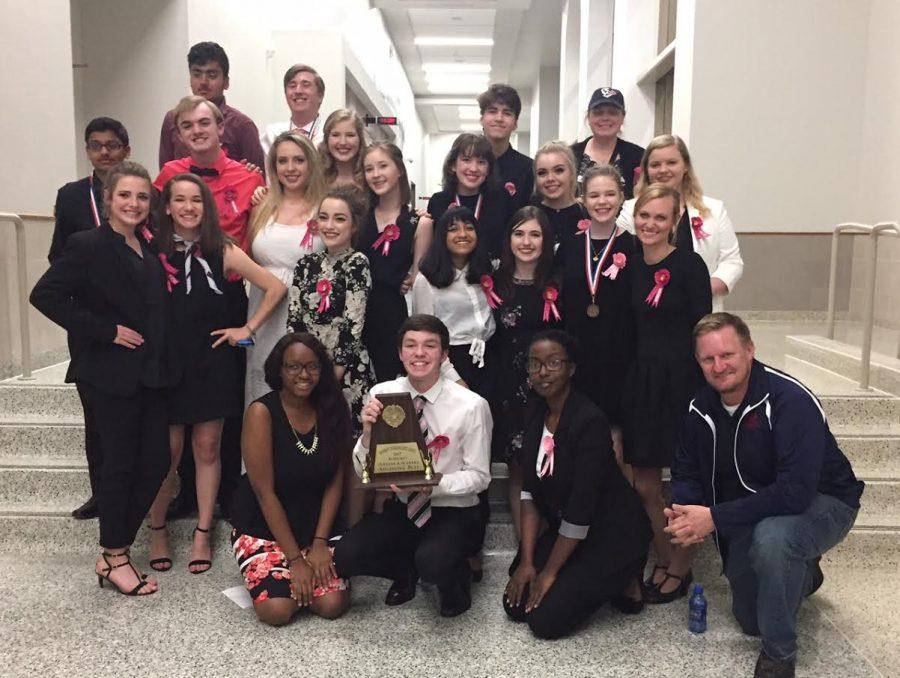 After performing an outstanding performance at Bi-Districts last week, Titan Theater’s One Act Play is advancing to the Area contest. They will compete at Plano West next Saturday. As Centennial is the only Frisco school at the competition, they will represent our district well.

At the Bi-Districts Competition, Centennial received a multitude of individual awards, congratulations to:

In addition to the area competition, the Titan Theater’s One Act Play will perform their production of: “The Marriage of Bette and Boo” for the public next Tuesday, the 28th along with the JV One Act Play “Crushed”.