Perceptions on the Ranking System 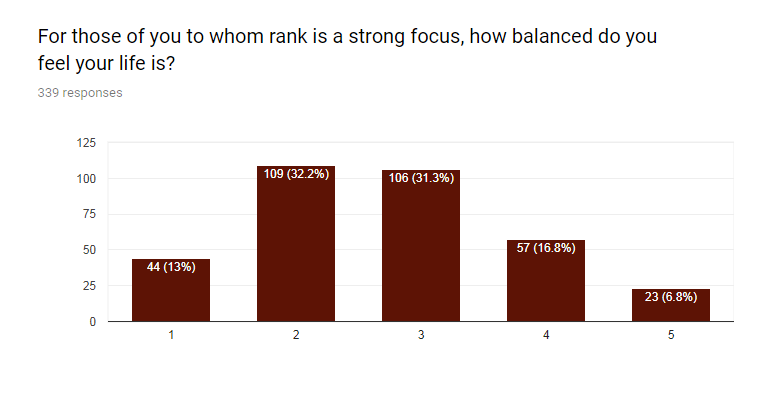 The ranking system is a point of a lot of stress and worry for all high schoolers, from freshmen receiving their first rank down to seniors receiving the rank that will matter for college. Proponents of the ranking system say it’s useful for seeing how students match up with each other, yet opponents claim it doesn’t serve as an accurate measure of a student’s worth.

“The ranking system can give some seniors peace of mind during the application process if they qualify for Assured Admissions,” Marshall said. “However, it also may put a focus on grades rather than learning, so much so that it can turn students off to learning altogether. Highly ranked students also often opt not to take on-level classes that could be very beneficial to them, such as classes related to career interests, music programs and athletics, for fear of lowering their GPA.”

The ranking system has also reportedly been responsible for cheating and other academic integrity issues. 66.5 percent of respondents on the survey say the “rank race” causes students to make choices they wouldn’t normally make, such as cheating or picking up unhealthy habits such as alcohol.

“Cheating is a choice students don’t have to make, no matter what the rank system,” Marshall said. “But, there are some folks who have the mindset that the ends justify the means.”

Another major con of the ranking system is that academic pressures associated with rank and keeping up with peers have been repeatedly cited by students as reasons that they self-harm, contemplate suicide, and develop addictions such as alcohol and drugs, likely stemming from the disproportionate emphasis some students place on the importance of having a high rank.

“It is very concerning when students base their whole value, and the value of others, on class rank, or anything that fluctuates so much,” Marshall said. “However, rank absolutely does not define a student’s worth.”

Some students feel that they have to choose between a healthy lifestyle or a high rank, or between mental and physical health and good grades. Marshall, however, said it doesn’t have to be one or the other. She recommends not spreading too thin with other commitments to avoid this dilemma.

“At some point, your success will come to a screeching halt if you are unhealthy physically or emotionally,” Marshall said. “When people don’t get enough sleep, they aren’t as 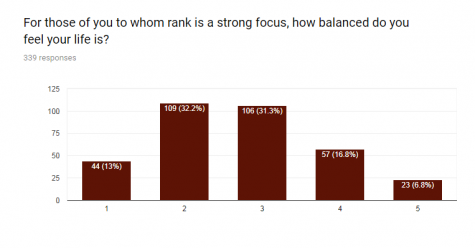 equipped to handle stress. There also seems to be a belief in our society that if you aren’t happy all the time, something is wrong with you. You can hit the reset button after a bad day, but if feelings of overwhelming or depression linger, talk to your counselor. We have a time management sheet on our website with the course registration materials, along with our teachers’ input regarding how much time and skill is needed for each class. I strongly encourage students to take the time to really consider their overall load.”

In addition, a higher rank does not always result in a better college experience or a better life.

“Our college attendance rate is 85 percent, while the other 15 percent choose to enter the military or work force,” Marshall said.” So, clearly you don’t have to be in the top 10 percent to go to college.  Even valedictorians may not get in to their first choice school, depending on how selective it is. We’ve had many graduates who didn’t get in to their first choice college and are still very happy where they ended up.”

Marshall also noted that rank is not the end-all of a student’s academic performance, and that many schools don’t even have ranking systems.

“Less than 50 percent of high schools actually rank their students; this forces colleges to look at the applicants holistically rather than just as a GPA/rank,” Marshall said. “Some districts publish GPA, but not rank; others only publish the cut-offs for the top 10 percent and 25 percent.”

Marshall is advocating for a system which encourages students to focus on their own efforts and not worry about other people. She says the number one thing high school students should focus on is the development of life skills such as taking initiative, effective communication, problem-solving, grit, and self-awareness, rather than rank competition.

“The high school experience and the high school curriculum are tools students can use to mature in these areas,” Marshall said. “It is these are skills that help adults keep jobs and maintain meaningful relationships.”