The Dynamic of a Library 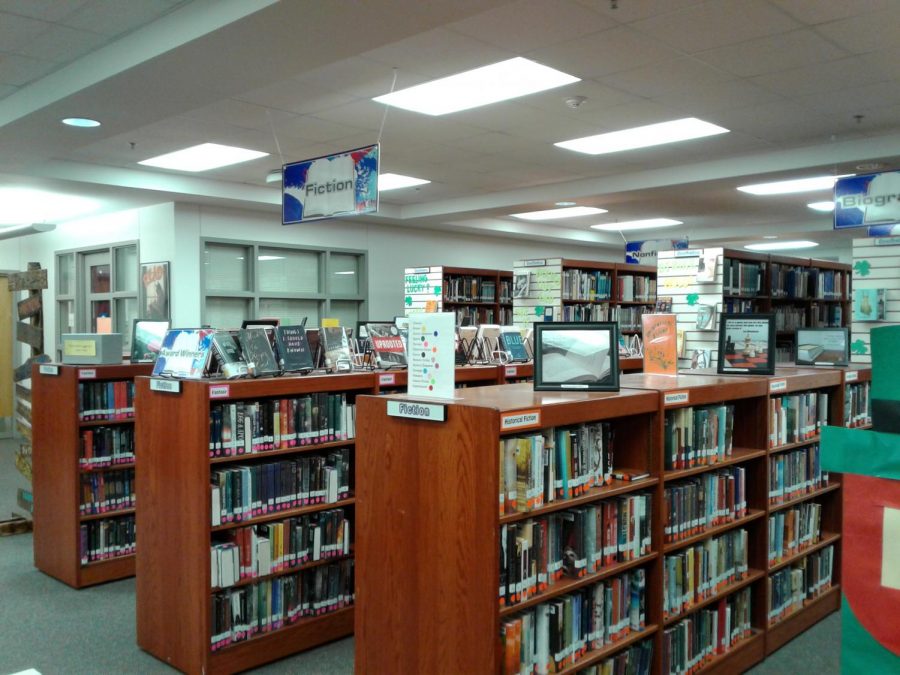 The library is a place students of all ages frequent, whether it’s to study, read, or just relax. Yet, libraries as we know them are changing, as is the role of the librarian.

Tammy Turner has been a librarian for a total of 10 years, six of those years at Centennial. However, becoming a librarian was not something she always wanted to do.

“I didn’t even know my librarian when I was in school,” Turner said. “I couldn’t tell you her name. I don’t even remember visiting the school library. I went to the public library a lot and loved reading and checked out tons of books and did the summer programs, but it wasn’t until I was actually a teacher and I had been teaching for six years that I considered it.”

To become a librarian, you have to have taught at least two years, have a Master’s Degree in library science, and have a K-12 library certification.

“I said to the librarian there that I was gonna miss working with the students in 6-12,” Turner said. “And she said, have you ever considered being a librarian? And I said well no, I don’t even know what y’all do. Then she said, it’s the best gig in the school, because you get to work with the kids and recommend books and you’re not grading them. And I thought that sounded awesome. And so I looked into the program, and two years later I was a librarian.”

Turner said the main thing she likes about her job is that it’s always interesting.

“I’m teaching different content all the time, so whereas when I was a teacher, I just taught English, now I get to dabble in science, and electives, history, and English, and all these different things because I have broad interests,” Turner said. “I like that I get to work with the kids and have a different relationship with them than I would have as a teacher. I’m not grading them, I’m not judging or critiquing them, it’s all about me just helping. And that’s a really cool thing to be able to do.” 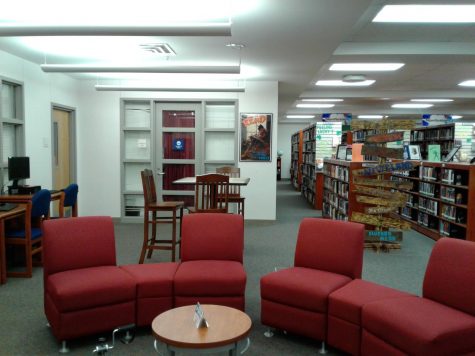 She said there is no typical day for a librarian.

“Unlike teaching, where you are saying the same thing over and over, as a librarian, I don’t tend to do that that often,” Turner said. “Some days I might be teaching research to on level English I, and they’re brand new at the research process, and I have to break down exactly what it is to do a search on a database, or how to cite your sources. And then the very next day I’m talking to AP Lit and they’re doing literary analysis and these are seniors that are far beyond basic research so I’m teaching them how to do an advanced search, or I might be talking to AP Psychology and then we’re not even talking about the same sort of research that I do in English, so it really varies.”

However, she said she doesn’t get as much help as she would like, something that is making her job increasingly challenging.

“We used to have library aides, and because of budget issues, they did away with that position this year,” Turner said. “You never really realize how much you rely on something until it’s not there. I have phenomenal student aides that do a lot of the stuff that my aide used to do, but there are certain things they can’t do, either because they’re not here full time so they can’t do the continuity of what needs to be done, or because it’s confidential and I can’t let a student see it, so I think the hardest part is just juggling everything, as the only person in the building that does what I do.”

Turner said the library has changed drastically since coming here six years ago.

“I think that the biggest change I’ve seen since I started would be the amount of technology that’s in the library and the amount that I’m able to help people with technology,” Turner said. “When I first came here, there wasn’t a big emphasis on technology. Most of the students that come in here are looking up information or asking me about how to create like a video. Throughout my years as a librarian it’s just evolved where everything’s online. so I’ve had to learn and grow with that, since it’s something that really wasn’t available before.”

Frisco Education Foundation grants have helped expedite the process of emphasizing technology over the years.

“I’ve gotten about 22 grants in the 10 years I’ve been a librarian, and about half of those have been FEF grants,” Turner said. “The way I’ve utilized them is to get items in the library that I don’t have the budget for. It helps me bring innovative items into the library. I started our Maker Space from an FEF grant. The grant that I got was enough money to cover the cost of a 3D printer with filament, a green screen, several robots, circuit materials, so really that was the start of all of the cool extras that we have in here, that really don’t fall under any sort of budget that I have otherwise.”

Even with the increase in technology use, Turner said paper books are not going anywhere.

“There is a lot of research that shows that the increase in electronic books has in no way altered or hurt the print publishing industry, it’s just an additional industry we now have,” Turner said. “They’re still going strong and still selling as many books as ever. In fact, if you poll the students here, they prefer print books. It’s very difficult for me to convince a student to go all technology and read eBooks. And so I think that’s something that surprises a lot of people, because people think that kids are so into technology, of course they’re gonna read online, but really that’s not the case at all.”

Despite the timelessness of paper books, Turner said the role of a librarian must now go beyond simply recommending books.

“Librarians are now more focused on helping students become future ready than ever before,” Turner said. “We’re teaching students skills that they didn’t have to have five years ago. That’s another really cool part of being a librarian, that I’m teaching them something that they’re gonna be able to use the rest of their lives. Not to say that they’re not gonna use their schoolwork, but this is something that they’re going to be using whether they realize it or not. So the role of the librarian’s definitely changed in what we need to teach students and prepare them for.”

With National Library Week coming up April 9-13, Turner said the number one thing for students to remember about the library is that it is more than a “brick and mortar building.”

“The library’s not just a place you go during the school day,” Turner said. “It’s open 24/7, you can access the databases at 1 a.m. if you’re still up working on an assignment. You can get recommendations for books by getting on the library catalogue at any time of day. The library really is a place that connects you outside of school.”

She said it is important to realize the importance a library has not just in a school, but in society.