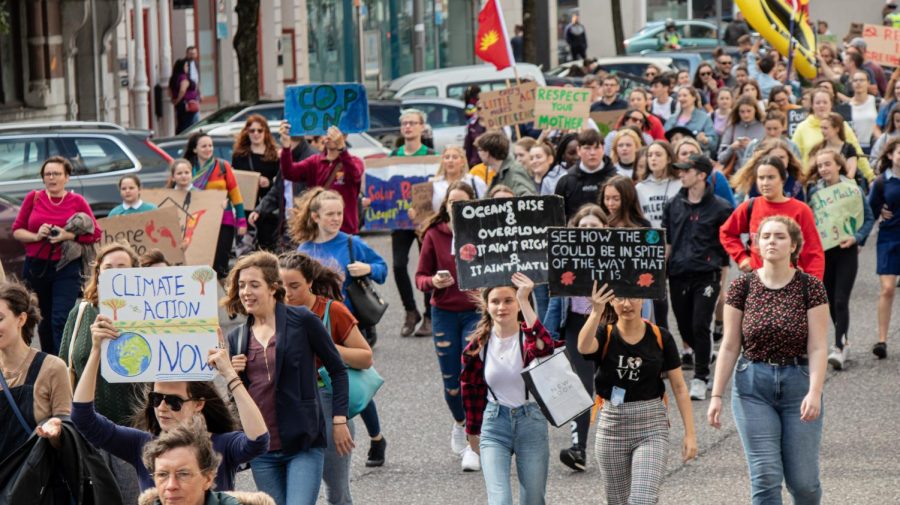 The scientific consensus is in; climate change is a real threat. As much as those with ulterior motives will deny it, the scientific stalwarts of our time like NASA or the United States Environmental Protection Agency have unfortunately concluded that immediate action against the effects of climate change are necessary. With the environmentally conscious people across the globe taking a stand, many of today’s environmental activists are amongst today’s youth population.

The climate strikes that took place for a week from Friday, Sept. 20 to Friday, Sept. 27 were truly global. Die-ins, marches, and protests occurred in countries such as South Korea, Germany, or Afghanistan, many of which ended up filling city streets and garnered thousands of people. As for the United States, the United States Youth Climate Strike organization schedules and organizes events similar to the global strike.

On their website, the USYCS describes how this movement has a platform based on advocating for things such as environmental justice, transition to renewable energy sources, and climate change education. One of the co-founders, 16-year-old Minnesota sophomore Isra Hirsi, describes her exigence for activism as the pipelines being built in her state and the ongoing situation in Flint, Michigan.

This outcry against these adverse effects on the world around us are commonplace for many other activists, such as the organization Fridays for Future, founded by Swedish teenage activist Greta Thunberg. Thunberg’s passionate movement started in August 2018 when she began to skip school every Friday and strike to call for Sweden to fall in line with the standards of the Paris agreement.

Fury and fervor are part and parcel for Thunberg, seen in her speech towards world leaders at the United Nations Climate Action Summit on September 23, 2019. Thunberg rightly accused the world leaders of stealing her childhood and enabling the effects of climate change to destroy numerous people’s lives across the world due to their inaction.

Thunberg’s anger and passion are reflected often throughout the youth activists environmental movement. On October 7, at a Chicago protest, the Illinois Youth Climate Strike group organized the aforementioned kind of protest known as die-ins, in which, akin to the sit-in protests of the Civil Rights Movement, the teenagers laid down on the ground for 11 minutes. These 11 minutes represent the 11 years until the effects of climate change become irreversible due to human influence.

Words like “irreversible” and circumstances like “11 years left” create a necessity for these acts of activism. If the youth have to lead the way, then let it be. Because, again, the science is clear. Something’s clearly got to give, and if 11 years is what we have, 11 years is what the youth will work with.