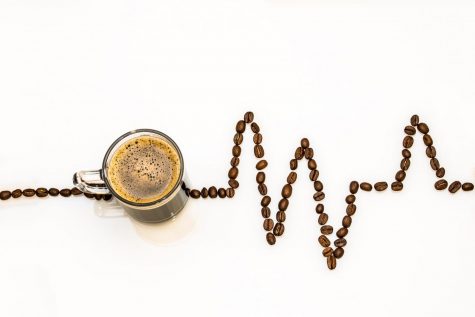 Weed, crack and cocaine are popular ‘don’t do’ drugs. Drugs are awful and nobody should be doing them. There is a certain “drug” that most people do without even realizing it: Caffeine. Caffeine affects the central nervous system for making people more alert, so it’s considered a stimulant drug.

Everydayhealth.com says, “Anyone getting more than 250 milligrams of caffeine per day (three eight-ounce cups of coffee), which is considered moderate, could be at risk for caffeine-related sleep problems.”

Coffee, chocolate, tea, sodas and energy drinks have caffeine in them. A major issue is that people drink it so often, that withdraws are common yet most people barely notice it. They just think that they need more coffee. According to Bicycling.com, “…those drinking more than six cups of coffee a day had a 22% higher risk of cardiovascular disease than those who drank one to two cups a day, putting that ceiling for safe coffee consumption at six cups per day.”

Certain steps to reducing caffeine intake can be switching to decaf, drinking tea, or even watering down coffee. As long as it’s taken moderately, anyone can enjoy a cup of coffee!