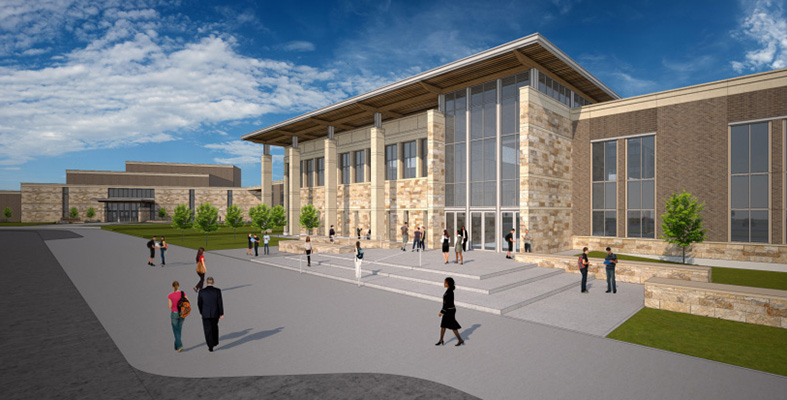 If you have lived in Frisco for longer than two years, you know how fast it has been growing. Since 2010, the population has grown by approximately 71,181 people. To accommodate all of the new families moving in, it seems that every few years, a new school or facility is added.

In 2018, voters approved the construction of both a new swim practice facility and a new high school to come in 2021.

“The current swim facility is crowded,” Senior swimmer Rovic De La Cruz said. “A new swim facility will help, but I think renovations the current one would help swimmers a lot.”

The new facility will not be used for competitions, so there won’t be as much seating available. The Bruce Eubanks Natatorium holds around 800 people, whereas the new facility only is able to hold around 300.

Opening at the same time as the swim facility, a new school will be opened as well. It is going to be Northeast of Teel Pkwy and Dakotah Rd. The site will also be next to the future Pro Golfers Association (PGA) headquarters. Enrollment zoning will come out in 2021, so people can only guess how the zoning will be drawn. The school will be named after the original name for the city of Frisco- Emerson.

The new school is designed to be a “school of the future” a term that describes open classrooms and an abundance of natural light. There is also a third floor, which will hold the library. This is new because schools in Frisco have two floors at most. The only thing left for people to do is to wait and see what future developments Frisco has in store.