The Beauty of Nostalgia 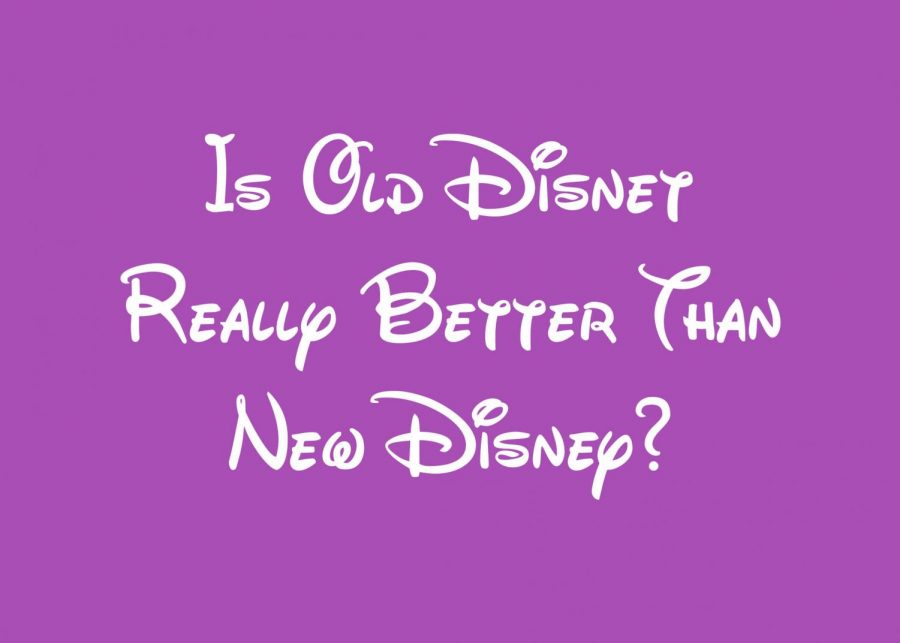 “I miss the old Disney.”

“I’m so glad I grew up with old Disney.”

The term “old Disney” probably holds a lot of significance to anybody born before the housing recession. We grew up coming home from elementary school, grabbing a snack from the pantry, and plopping down on the couch, sipping a Capri Sun, ready to watch reruns of That’s So Raven. It holds a very distinct nostalgia for us.

Eventually, we grew out of it. For me, at least, the detachment occurred when I began middle school. Disney Channel stopped being cool, and I completely dismissed the pilot of Girl Meets World to watch the season finale of Pretty Little Liars, despite it being the spin-off of one of my family’s most beloved TV shows, Boy Meets World.

As I graduated into my teenage years, I continued to neglect the network completely, and I began to notice a new trend floating around the internet bubble— hating on modern Disney Channel. For a while, I followed the crowd and hopped on the bandwagon. We criticized movies we hadn’t ever seen based on the trailers and detested TV shows we hadn’t watched based on clips on Youtube. I was just making assumptions. Did I even have the right to judge their new content without watching it? It wasn’t fair towards Disney.

Knowing very well about the current internet climate and its condescending attitude towards “new Disney,” I sought to challenge these standards. I picked three of Disney Channel’s most popular TV shows from 2005-2012 and three of their most popular shows from 2012-2019 to put to the test. Interestingly enough, although the older shows were ranked higher in popularity overall, the newer ones were ranked higher in rating and quality.

Hannah Montana, The Suite Life of Zack and Cody, and Wizards of Waverly Place were my contenders for “old Disney.” For “new Disney,” I picked Girl Meets World, Andi Mack, and Liv and Maddie. After watching every highest-rated episode from each show, I rated them each out of 10 and then added them all together. “Old Disney” finished with 28/30 total points while “new Disney” received a total score of 27/30.

In the end, “old Disney” did prevail, but not by a long shot. Both sides had awkward acting. Terrible CGI. Questionable plot holes. But these shows were made for children, and every single show I watched had the potential to be an eight-year-old’s favorite. There were a lot of things I noticed during my rewatches that I hadn’t noticed as a kid, like annoying characters or stale jokes. I definitely laughed more during the one episode of Girl Meets World than the two-part finale of Hannah Montana.

Something “new Disney” had over its opponent is the meaningfulness of the content; the lesson it taught. Girl Meets World touched on themes of loneliness, the necessity of companionship, and using your career to sublimate your desire for family. There was a plot line where a main character’s father had left when she was young, and they didn’t shy away from touching on that.

The premise of Andi Mack is of a young girl who discovers her sister is actually her mother. The show tackles teen pregnancy, mixed families, gay rights, and a plethora of other topics. The episode I watched, in particular, was about gun control. I certainly wasn’t expecting anything like what I encountered, but I’m glad that I did, and I’m proud of Disney for taking these steps.

Overall, “old Disney” was more entertaining to me, but I can confidently attribute that to nostalgia. Watching Alex Russo cast a spell was more exhilarating than watching Maddie Rooney play basketball because it made me feel like a child again. “new Disney” is not in any way worse than “old Disney.” It’s the beauty of nostalgia. We simply associate the older TV shows with a magical, exciting time in our lives; our childhoods. Childhood is a kingdom, and watching older TV makes us feel like the kings and the queens we once were. It doesn’t mean that newer TV is lesser. It’s just as hilarious and thoughtful and moving, you just have to give it a chance.