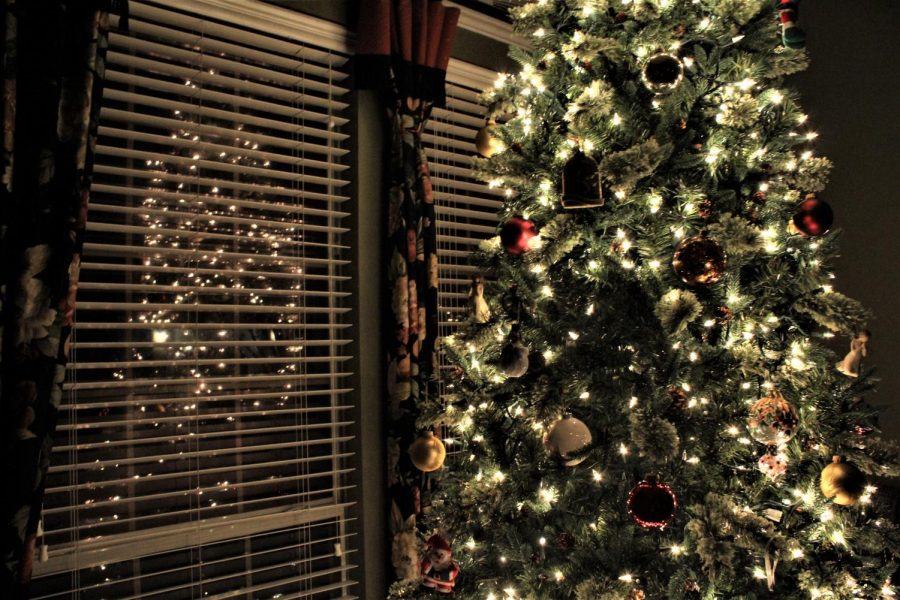 Every winter, the “most wonderful time of the year” comes around. The holiday season is filled with different religions celebrating lots of festivities and the origins of some of the traditions many don’t know about.

Around 30 BC, it was celebrated as a Pagan holiday, “…derived from older farming-related rituals of midwinter and the winter solstice, especially the practice of offering gifts or sacrifices to the gods during the winter sowing season,” according to History.com. A big reason that christians may have chosen the week of the Winter Solstice was that there were already festivities going on and to overtake the pagan holiday. It included the Romans and Greeks, which housed the Christians and Jews.

A Dreidel is a small, four-sided spinning top with Hebrew letters on the sides, usually played during Hanukkah (a Jewish holiday). The letters stand for out Nes gadol haya sham which means A Great Miracle Happened There which references to when, after a victory against the Syrian-Greek army, the eternal light burned for eight days with only a small supply of oil. The spinning top is based off the english version called a teetotum which dates back to ancient greek times.

As stated by Haaretz.com, “Legend has it that when the ancient Greeks outlawed the study of Torah, Jews would outsmart them by playing with a spinning top – a popular gambling device – while learning Torah orally. That way if the Greeks were out to bust renegade Torah scholars, they would find a group of sinful “gamblers” instead and leave them alone.”

Santa Claus, a famous mythical jolly old man, is popular during the winter season. From delivering Christmas presents on Christmas Eve, to starring in Coca-Cola commercials, he’s a very busy man. His legend dates back to 200-300 AD. St. Nicholas was a bishop in ancient greek during the Roman Empire. He was famous for giving to the poor by giving money and selling everything he owned. He even has his own day: Saint Nicholas Day on December 6, the day he died. It’s usually celebrated by stuffing stocking stuffers with gifts (another Christmas time tradition). He was the patron saint of sailors, merchants, archers, repentant thieves, prostitutes, children, brewers, pawnbrokers, and students.

The holiday season is filled with many different cultures celebrating around the same time of the year. The origins of most of the traditions are when times were dark in the earlier centuries, yet they are remembered for the times when hope lead the way out.