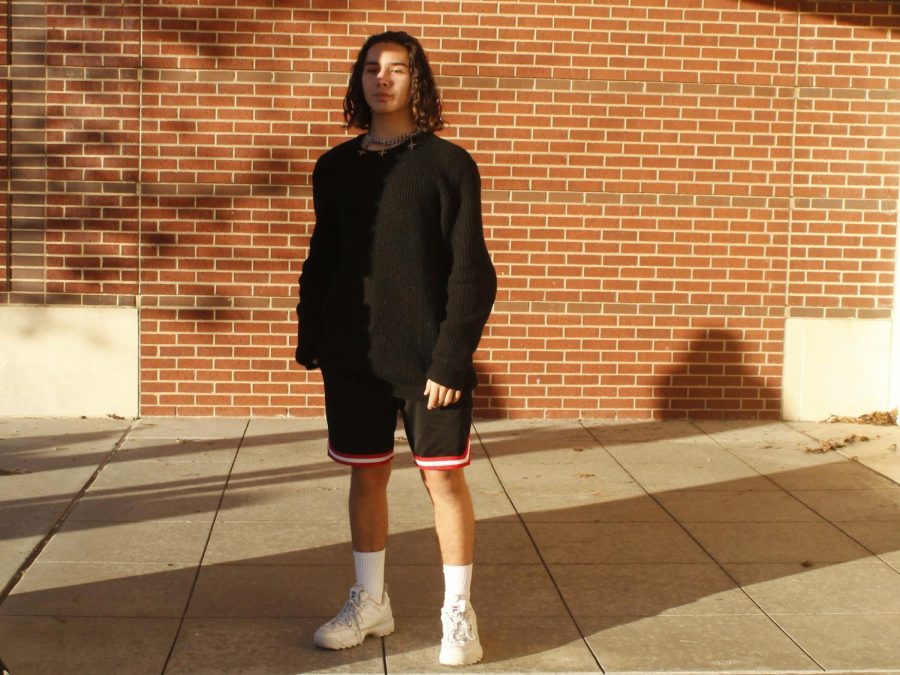 Most of the trends and music released in recent years have been very shallow, as they promoted perfect lifestyles where influencers flex their wealth, substance abuse for illogical reasons, sexual intercourse disguised as love, and so on.

However, this trend can be changed and we can expect music transitioning from radiating ignorance to sending out meaningful messages when Alec Chavez, a junior at CHS, drops his debut album Zeva in February 2020.

His album will feature a collab with an artist overseas, Caio Manoel.

“He’s a friend of mine from Brazil and he’ll be singing in Portuguese,” Chavez said.

Chavez produced the songs in Zeva by creating snippets over a period of months and returned to those sounds as he had epiphanies of how he could most effectively utilize them to create non-frivolous content.

“One day, it just came to me. It’s like ‘I know exactly what to do with this’ and that whole day I spent making, producing and writing for that song,” Chavez said. “It can all be done in a day but I create little snippets and I come back to them later… every single sound that I’ve made I come back to, even if I may not like it in that very moment.”

Unlike other artists who portray life on the surface, Chavez’s music shines light on dark, prevalent topics, creating something different most of his audience can resonate with.

“From developing bad habits to depression; things like drug abuse and how it affects people’s lives… How social media plays a role in how people see themselves; suicide and suicide prevention… those kinda topics,” Chavez said. “I like all types of music but I’m most comfortable with making dark and sad music… People can resonate with it. (That’s) what makes it so powerful.”

He also wanted to be a voice for his audience since he believes the issues his remedial music cover don’t get enough attention from other artists.

“(Since) nobody was doing it, I wanted to be the one to do it… Making it, for me, is therapeutic. If it helps me and can help other people, why not,” Chavez said.

Through his art, he also reminds his audience to persevere through internal challenges, and promotes self-care, inclusion and togetherness.

“They’re actually not alone no matter how much they tell themselves that they are and they need to remember that,” Chavez said. “There’s a lot of things that are unhealthy about (social media) and they don’t need to change themselves because they’re perfect the way they are.”

Not only can we expect relatable content musically which “will hit us in the feels,” but we can also expect artistic visuals.

“Making music is more than just words but it’s like a work of art. When I make music, I’m thinking about how it’s gonna look, how it’s going to sound, what the video would look like,” Chavez said.

Like all artists in the industry, a challenge Chavez struggles with is writer’s block.

“I was just throwing out lyrics and I knew that it wasn’t going to be good enough because the song had to be well thought out,” Chavez said. “It couldn’t just be, you know, something I just whipped up… I had to figure out the right words.”

While encountering creative slowdowns, Chavez likes to take time away from his subject so he can have a better understanding of it when he reverts to it.

“I just keep it in the back of my head and I just go through my life. If I see anything that inspires me, I’m gonna come back to it,” Chavez said. “I wouldn’t say trying to imagine yourself in that situation but trying to feel like that.”

He also encourages spending time with loved ones to help overcome the block.

“There are some people that you have a connection with that you feel so comfortable with that it just makes you write better,” Chavez said. “You feel more inspired.”

When Chavez performed his first single for the first time, the audience’s feedback boosted his self-confidence and his will to continue creating.

“This past summer, I got in front of people for the first time. I sang the song that I was creating and everybody loved it,” Chavez said. “I guarantee there were some people that didn’t like it but it was all about just getting over that hurdle that people may laugh at you and they might but if it makes you happy, that’s really what matters.”

Chavez found himself creating his most profound work when he found and followed his inside voice, tuning out everybody else’s potential criticism.

“I’ve always wanted to create music but something always told me that I just couldn’t, that I wasn’t really good enough to create music,” Chavez said. “I had to get past what people were gonna think of it and how people might react to it.”

His only piece of advice to aspiring artists is to disregard self-criticism and focus on being the best version of themselves.