The Beginner’s Guide to Choosing Anime 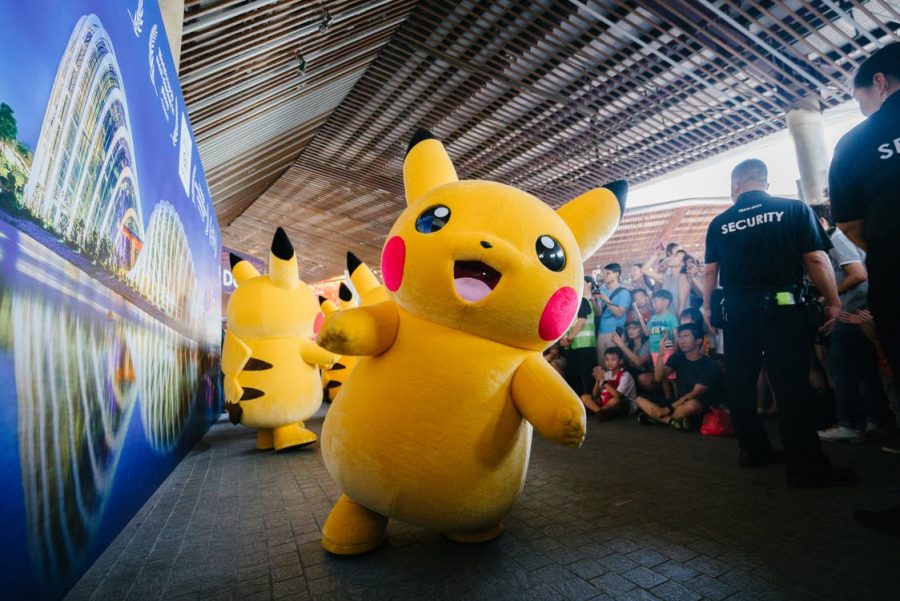 Over the past few years, anime has become increasingly popular in America. For those who are not familiar with anime, it is a style of animation for television shows, films, and sometimes video games originating and mainly used in Japan. If you’re new to all of this and not sure where to start, read on to learn more about anime and how you can find a good starter anime.

First, let’s clear up a common misconception about anime. Due to its cartoonish style, many people tend to assume that this type of show or movie is only for children. Additionally, it is commonly believed that it can only be viewed by those from Japan since anime are in Japanese. However, this is simply not the case. Anime can be watched by all age groups, since just like Western shows, they cover all sorts of genres and themes. Language is also not a barrier due to translators who make subtitles, as well as dubbed versions of anime (meaning that the content is the same, but the voice actors are speaking over the animation in a different language).

Now that you understand more about anime, the next step is to find a genre that fits you best. Choosing any show in general requires an understanding of your interests, so take a minute to think about your favorite genres and choose from this list of common ones seen in anime:

Genre is not the only thing that should be on your mind, though. There are other important factors that one must consider, mainly age rating, show length, streaming services, and sub vs. dub. Age rating is self-explanatory; not all anime are suitable for younger audiences, such as ones in the horror and psychological categories. Show length is relatively easy to understand as well. Since there are some anime that may have only 24 episodes, with others peaking at 500 or even beyond, choosing something that will be a good length for you is key. As someone new to anime, you may not have had as much experience needing to find a streaming service that you can watch on. Though platforms such as Netflix or Hulu may have a decent amount of anime, you will find that there are plenty that are not on there. Many people end up subscribing to streaming services that specifically cater to anime fans, namely Crunchyroll and Funimation. Lastly, sub vs. dub is something important you want to be careful of when selecting an anime. As mentioned earlier, dub is a voice over in a different language, generally English. Some people prefer to be able to listen in English so they don’t have to read subtitles, while others enjoy the show in its original language. Depending on what your preference is, the anime available to you may differ.

Keeping all of that in mind, here is a list of good gateway (starter) animes for each genre, including a general description and where they are available:

available on Hulu, Crunchyroll, and Funimation
In a world where 80% of people have a special power, a superhero-loving boy without any powers is determined to enroll in a prestigious hero academy and learn what it really means to be a hero.

available on Netflix, Crunchyroll, and Funimation
Naruto Uzumaki, a mischievous adolescent ninja, struggles as he searches for recognition and dreams of becoming the Hokage, the village’s leader and strongest ninja.

Comedy: The Devil is a Part-Timer

available on Hulu, Crunchyroll, and Funimation
Hilarity and fun ensues when Satan ends up in modern day Japan without any magic to return, and starts working part time in a fast food joint.

Drama: Your lie in April

available on Netflix, Hulu, Crunchyroll, and Funimation
A piano prodigy who lost his ability to play after suffering a traumatic event in his childhood is forced back into the spotlight by an eccentric girl with a secret of her own.

available on Netflix, Crunchyroll, and Funimation
Fierce in appearance but gentle at heart, Ryuji forms an unlikely friendship with Taiga, a tiny girl with a sharp tongue and a tough attitude. Together they try to help each confess their love to their crushes.

available on Hulu, Crunchyroll, and Funimation
After his hometown is destroyed and his mother is killed, young Eren Jaeger vows to cleanse the earth of the giant humanoid Titans that have brought humanity to the brink of extinction.

available on Hulu and Crunchyroll
The magical action-adventures of a teenage girl who learns of her destiny as the legendary warrior Sailor Moon and must band together with the other Sailor Scouts to defend the Earth and Galaxy.

available on Hulu and Funimation
A minor god seeking to gain widespread worship teams up with a human girl he saved to gain fame, recognition and at least one shrine dedicated to him.

available on Hulu and Funimation
A Tokyo college student is attacked by a ghoul, a superpowered human who feeds on human flesh. He survives, but has become part ghoul and becomes a fugitive on the run.

available on Funimation
After disenchanted student Hotaro Oreki joins his school’s Classic Lit Club, he meets Eru Chitanda, a kindhearted and inquisitive girl with boundless curiosity and a knack for getting him caught up in all sorts of trouble.

available on Netflix, Hulu, Crunchyroll, and Funimation
An intelligent high school student goes on a secret crusade to eliminate criminals from the world after discovering a notebook capable of killing anyone whose name is written into it.

available on Hulu, Crunchyroll, and Funimation
When an orphan moves in with members of the reclusive Soma family, she learns they carry a curse that turns them into animals from the Chinese zodiac at awkward times, and she resolves to help them lift the curse and restore peace to their family.

available on Hulu and Funimation
The futuristic misadventures and tragedies of an easygoing bounty hunter and his partners.

Note: Some of the anime on Funimation and Crunchyroll require a subscription while others do not.

Of course, this list does not include as many anime as are out there, since that would be nearly impossible. However, these should be able to start you off well enough in order to venture more into these shows on your own. With this guide, you are sure to be prepared when diving into the world of anime!