How Sia’s Movie Music is Harmful to the Autistic Community 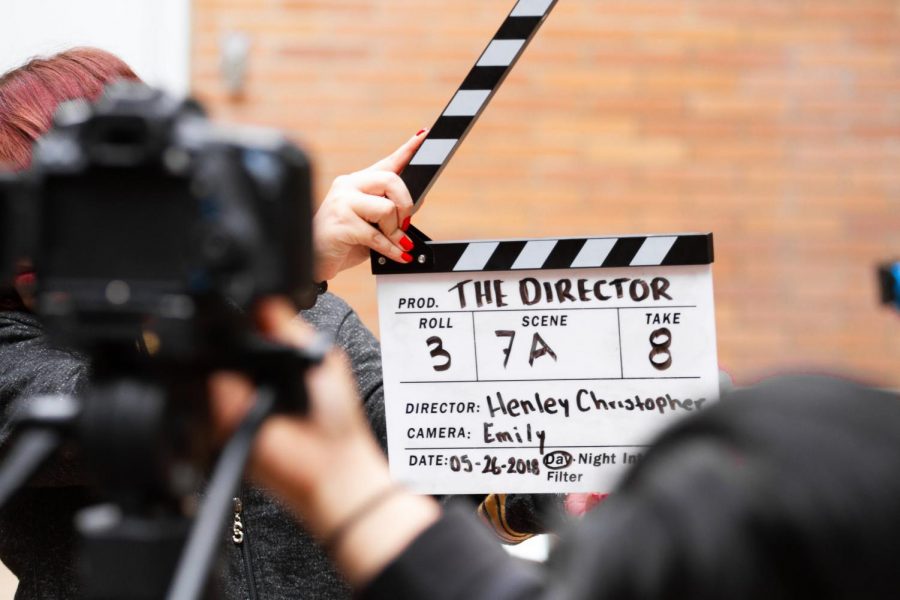 Set of a Movie Shooting

LOS ANGELES, CALIFORNIA- Since the release of Sia’s movie Music on February 10, 2021, audiences of the movie have been infuriated by the portrayal of the autistic community in the film. Music includes several elements which are harmful and insensitive to those on the autistic spectrum. The creators’ insensitivity towards the autistic community led the way for the movie’s damaging portrayals and aspects.
One of the biggest flaws in the film is its inaccurate portrayal of the autistic community. The depiction of the autistic character, Music, played by actor Maddie Ziegler, was highly stereotypical and borderline mocking of the behaviors of autistic individuals. Many members of the autistic community and critics alike have been unsettled by the portrayal of autistic individuals in Music, from Ziegler’s body language down to her facial expressions. The heavy exaggeration of autism depicted in the movie has even been referred to as a caricature of autistic body language by critics.
Another clear fault of the movie is a lack of austic actors to play autistic roles. Many members of the autistic community were upset that there was a lack of an autistic cast and that Maddie Ziegler, a neurotypical actor, played the role of Music, a non-verbal autistic character.
“I think that the least you could do is show that autistics deserve to be in the workplace and can be in the workplace. If you’re making a movie for autistics, there should be no excuse as to why the main character isn’t autistic,” Paige Layle, an autistic 20-year-old TikToker who uses her platform to spread information on issues of the ASD (autism spectrum disorder) community, expressed in an interview with CBC Kids News.
Perhaps the most directly harmful aspect of Music is the depiction of restraining autistic children. The film contains scenes which display the autistic character Music being restrained and held to the ground multiple times. This not only spreads wrong perceptions on how to treat those with autism, but is extremely deadly and illegal as well. In light of backlash against these scenes, Sia, the director of the movie, took to Twitter to share her take on the matter and announce the removal of these scenes. However, the restraint scenes in Music are currently still present in the movie and it is unclear exactly when they will be removed, if at all.
“MUSIC does not in any way condone or recommend the use of restraint on autistic people. I plan to remove the restraint scenes from all future printings,” Sia announced on Twitter. “I listened to the wrong people and that is my responsibility, my research was clearly not thorough enough, not wide enough.”
An opposing viewpoint to the criticism that Music needed an autistic cast could be that the reason why autistic actors were not cast in the movie was because of a lack of autistic actors fit for the role. However, this is simply not true, as there are a lack of opportunities present for autistic actors in the film industry and many autistic actors capable of the role. Therefore, representation of minorities such as the autistic community should be promoted, not hindered.
Some also claim that Music is just a movie, and should not be taken too seriously and sensitively. Although it is true that Music may just be a movie, as a form of popular entertainment, movies spread influential ideas and beliefs. The harm to the autistic community that Music causes needs to be acknowledged, as people need to realize that the stereotypes the movie pushes should not be promoted.
Although some may believe that there was a lack of autistic actors fit for the movie and that the movie should not be taken seriously, it is easy to disprove these notions. From the lack of an autistic cast to the inaccurate portrayals, it is clear to see that the movie Music is harmful towards the autistic community. It is imperative to counter the harmful stereotypes and ideals shown in the movie to promote representation and diversity throughout both the entertainment industry and daily life.