The Psychology Behind Your New Year’s Resolution 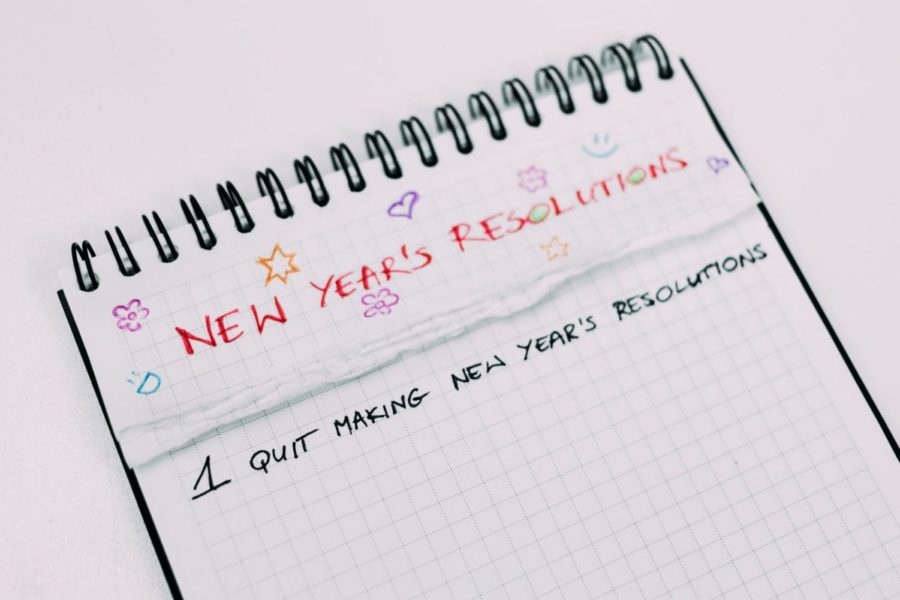 Graphing Paper with 'New Year's Resolution' written on the top

CENTENNIAL HIGH SCHOOL- Oh New Year’s Eve, the last (and arguably best) day of the year. The day which we work so hard the whole year to get to, just so we can excitedly celebrate the beginning of a new one. We dress up in flashy clothes and spend the whole night out, either at parties or spending time with those close to us. We eagerly make resolutions for the next year and without a doubt claim that this new year will finally be our year. Although, it never quite seems to be. Because as the buzz from the holiday season wears off in those early days of January, so does most people’s determination to stick to their New Year’s resolutions.
According to Forbes, approximately 80% of New Year’s resolutions end up failing. So why exactly does our dedication wear down so easily when we were so motivated mere weeks ago?
Psychology Today writer Amy Morin shares, “a study by researchers at Scranton University found that only 19 percent of individuals keep their resolutions. Most are abandoned by mid-January.”
So, not only do most resolutions fail, they fail very very quickly as well. But why does this failure happen in the first place? Why don’t more people see their resolutions through if that change is so important to them? Sports psychologist Dr. Jeff Graef may just have the answer to these questions.
“‘New Year’s resolution’ is kind of this buzzword that can make people crazy,” Graef states. “Most people have a toxic relationship with the term. So from the beginning we set ourselves up for failure because we know that anywhere from 50 to 80 percent of people are going to ultimately get off their path of resolution.”
Coming into the New Year with the mindset that you are going to fail is a huge mental restriction in achieving the success that comes with fulfilling your resolution. If you start off with a safety net that failure is a probable event, you lose very valuable motivation. There are also, however, several other reasons for the abandonment of New Year’s resolutions.
According to CBS News, “some of the biggest mistakes people make… are setting goals that are too broad, too big, or too many.”
It is simply not reasonable to go from zero to 100 in a particular task. Oftentimes when people make their resolutions at the start of their year, they set goals which are far too large or ones which they cannot keep up with, leading to frustration when they start to falter in their resolutions and causing most to ultimately give up for good.
“I think we try to set not only too extensive of a goal but also too many goals,” Graef describes. “We might really try to shoot for the moon too quickly and that doesn’t work out, or not only do we want to go to the moon but we want to go to Mars and Neptune and Saturn. And if we try to do all of those, we don’t have the mental and physical resources to be able to accomplish that.”
At the end of the day, once we make a reasonable goal for our year, we need to also have enough determination throughout the year to stay motivated and carry through with our resolution, even when it gets hard.
Forbes explains that “the best step to take to achieve a big stretch goal is to understand very deeply why you want this goal and what motivates you to achieve sustained progress.”
So this New Year, maybe the most important resolution we should make is to identify our individual capabilities and recognize the real reason we long for change in 2022.