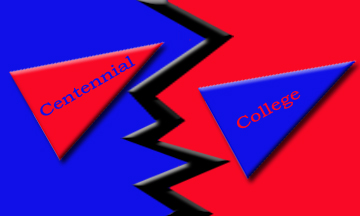 Taking a Gap Year: Worth Considering or a Bad Idea?

With counselors coming to talk to seniors about college applications, there is one option not often talked about: taking a gap year. Many of us may not have even known this was possible, yet it is worth at least acknowledging its pros and cons.

Simply put, a gap year is a break from education. It can be taken at any time, but most often occurs after graduating high school and before starting college. Gap years can span in length from a few weeks to a year.

Students take a gap year for a number of reasons. Some are just academically burnt out and need a break. Some are unsure of which direction or career path they want to pursue. Others want to travel, study abroad, volunteer and do things they may not necessarily have time for later in life. Still others take a year off to work and save up money in order to afford college.

Here are three perspectives on the pros and cons of taking a gap year, from a counselor’s point of view to two teachers’ first hand experiences.

Gap year opponents say once students leave the educational setting and get a taste of the freedom of the “real world,” they may never want to go back to the stress, structure and rigor of academic life, and may choose to omit college altogether.

Counselor Cindy Marshall said that while it may be appropriate for a student here and there, she generally doesn’t advise taking a gap year.

“It can be easy to fall out of school-related habits,” Marshall said. “Just think about the adjustment coming back from summer and then multiply it by four!”

She said a gap year can negatively impact student’s success when they return to school.

“There are some subject areas that require continuity,” Marshall said. “I usually encourage students inquiring about a gap year to take at least one class per semester.”

In addition, students who work may enjoy making money and lose sight of the fact that further education may increase their earning power.

“I remember one student who didn’t want to go to college at all,” Marshall said. “He was doing well in his job and they wanted to promote him to management, but wouldn’t do it unless he was attending college, so he enrolled.”

Marshall said not many students at Centennial take a gap year.

“When we have students who aren’t going directly to a two year or four year college, they are sometimes going into the military or to a trade school,” Marshall said. “We’ve had students who attend school part time because they need to work to help pay for it, but they aren’t entirely out of school for a year.”

In addition to not being a popular option, gap years are also not often talked about at school.

“Whenever a student inquires about it, we will address it with them, but we spend the limited time we get with the large groups focusing on what will be applicable to the majority of the students,” Marshall said. “We feel that, for most students it is beneficial to go straight into college.”

Some say a gap year can be a great way for students to recharge their battery, mature, find clarity in their life and gain valuable experience or more income to help them pay for college. They say volunteering abroad or in a field of interest provides students with important skills that will give them an edge in the job market and in life.

“I didn’t go to college until I was 21,” Reeder said. “I was making a lot of money, enjoying life, having a good time. As I saw it at that time, it was a good fit for me.”

He said his parents even offered to pay his full tuition, yet still chose to take time off from school.

“I felt like at that time I had the mindset that college wasn’t for me, so I went out into the workforce and got a pretty well-paying job,” Reeder said. “At the age of 18 I was making almost the same amount of money I as I make today as a teacher.”

However, he said there did come a day when he realized he had to go to college.

“I realized that this wasn’t going to be my career, it was just kind of filling my time,” Reeder said. “I was kind of wasting my time in essence.”

His transition to going back to school after being out for such a long time was quite a challenge, however.

“My first semester back, I only took six or nine hours, just to dip my toe in the pool to see if it’s really going to be a good fit for me,” Reeder said. “I was really apprehensive about it. But as far as grades go, I felt like if I’m going to do this I need to jump in, so the next semester I went 18 hours. It was a struggle. I had to relearn how to study, relearn how to take notes, and prepare for tests.”

On the plus side, however, he said he was more mature at the time.

“I was able to budget my time better,” Reeder said. “I was able to take school more seriously than had I gone when I was 17 fresh out of high school. So in essence, I probably did better academically because I was a little bit older.”

He said there were both pros and cons to his time off.

“I learned a lot about myself and I learned a lot about the world,” Reeder said. “I definitely had a lot more responsibility thrust upon me in a different way, but again, by my own choice. On the con side of that, I missed out quite a bit of opportunities of going to a big university and living in the dorm and having those fun college experiences. One big drawback is that my earning power was diminished because I didn’t start earning earlier with a career, I started earning with a pseudo-job at 18.”

Reeder agrees with Marshall in saying that it is in the counselors’ best interest to not push the option of a gap year, although he sees that some kids could benefit.

“We want our kids to be successful, and on paper, in a lot of people’s eyes, success equals college degree, high earning job,” Reeder said. “But, as we all know, that’s not necessarily success to you. What’s successful to me is not successful to the next guy. I think that there are kids who might benefit from this, but the hard part is where do you draw the line.”

Despite not being a huge proponent of taking a gap year, Reeder said he would not have changed his irregular path to college.

Gap year supporters also say taking time off from school may help clarify what path students want to pursue at all. That clarity can provide a big benefit regardless of the decision, either saving students money in what could have been wasted tuition or fueling their motivation and excitement to return to school and pursue a given career.

NHS sponsor George Singler said he took a gap year and a half because he felt it was time for him to spread his wings.

“It wasn’t that I didn’t want to go to school anymore, but I didn’t have a burning desire to go to school at that time,” Singler said. “I was done with school. I had done it for 14 years and I was ready for a break. There were also a lot of life changes going on for me. College just wasn’t appealing to me at that time.”

Once he decided to go back, however, Singler said his transition was great.

“I wanted to go back,” Singler said. “After a year and a half of not being in a classroom, it was great to be back in it. Just the conversations, the intellectual stimulation, as silly as it sounds, the homework, doing the papers, the research. I needed to miss it again before I kept doing it, otherwise the rest of my college career would’ve been for nothing.”

Unlike Reeder and Marshall, however, Singler thinks that not only the option of taking a gap year but any options outside of going straight to college should be more discussed.

He said it is worth considering different options, especially with the ever-increasing cost of college.

He also said it matters less and less where students go to college.

“Nobody’s ever asked me in a professional interview where I went to school,” Singler said. “I never didn’t get a job because I didn’t go to a particular university. My son’s going to pay about $3,000 for his first two years of school. Somebody that goes to Baylor is going to pay $60,000. There’s no difference in that college education in my opinion.”

Singler said educators and counselors have made a mistake of driving the youth straight to college after graduation.

“I think we do a huge disservice to you guys,” Singler said. “Go to college when you’re ready to go to college, because there is a maturity that goes on. And the thing is, when you go to college, you need to be an adult. It’s not high school extended.”

He also believes students should take on responsibility outside of just going to school.

“I know people who have gone to A&M on mom and dad’s nickel, and they think it’s a big deal because they’re taking 15 credit hours and that’s all they’re doing,” Singler said. “So what. Big deal. Get a job and go to school. That shows me that you’ve got some character. Just the idea that you’re attending school, that doesn’t mean anything to me.”

He said working while going to school gives college a deeper meaning.

“When I went to college, I also worked 40 hours a week,” Singler said. “If I did not pass a class, it was my $4,000 that was going to waste. Not my parent’s, not some scholarship money, I just blew my four grand. And I sincerely believe if you pay for something yourself, it means a lot more.”

Singler said he thinks options outside of a four year college is something more students should consider.

“I think it’s a conversation that should be had constantly,” Singler said. “I think that conversation needs to be held, that ‘by the way, it’s ok if you decide to go to trade school and become a mechanic. You can be very successful. And by the way, there’s a good chance you can be successful sooner in life than if you go get your degree.’ There’s this huge misperception about go to college. Cause. I’m not a fan of it. I’m probably in the minority too, I’m guessing.”

More than anything, however, Singler said character is what’s important.

“Right now, a four year degree in the world outside doesn’t mean an awful lot,” Singler said. “It really doesn’t. Who you are and what you do does matter.”

Resources and Things to Consider

The one thing both sides agree on when it comes to a gap year is the need for a properly executed plan. Experts suggest working with family members, counselors and teachers to determine what is best for each individual.

If you decide a gap year is for you, make sure your plan supports your long-term goals, is well laid out and affordable. Without a clear cut plan, students who take gap years often end up wasting that time and falling further behind their peers, which can lead to frustration and stress.

Here are some links for more information on taking a gap year: